Tambomachay is 5 kilometers from the city of Cusco and 0.6 Km from the archeological center of Pucapucara. It has an altitude of 3700m.a.s.l. To reach Tambomachay you can take a city tour of any travel agency (most of them offer this service). It is also reached by taking the transport Cusco – Pisac and Cusco – Calca.

The site covers approximately half a hectare and the material used for its construction was limestone with polygonal style rigging. The tradition knows this monument as “The Bathroom of Ñusta” due to the existence of two aqueducts that carry crystalline water throughout the year. It´s an unmissable destination, where the Inca and his entourage came to relax, not far from the city of Cusco.

Tambomachay was a worship center of water. The Incas asked the gods that the rains arrive for their crops and these become fertile; this is why this center is known by some as “The Temple of Fertility”. It is impressive that, despite the passage of time, there is still crystal water running through its aqueducts. The Incas used their wit to channel water from a small waterfall and divide it into 2 waterfalls. The legend says that if women drink from these waters they can easily conceive; if the water comes from the right side of the fall, they will have a male child and if it comes from the left side, it is a female. Tambomachay had restricted access for the town population, only the Inca and his entourage could use its facilities.

This was one of the most important worship centers, intended for water, an element that is indispensable for the crops. Moreover, it served as a relaxation and leisure center for the Inca and it also had military purposes; there was a watchtower there that controlled the access to Cusco from the north. This complex lies between some hills that were covered with some type of grass (in Quechua “ichu”) and during certain seasons the “Ilaullit´ica” and “cantu” appear- beautiful flowers of various colors. Tambomachay has 3 corridors or successive terraces from bottom to top and could be said to equal 3 floors. The constructions are irregularly assembled polyhedrons, whose walls have an inward inclination, presenting large niches. In front of the main building, on the eastern side of the complex, there is a tower with an incomplete circular floor on its top. At the moment, Tambomachay is in perfect condition and receives the visit of hundreds of tourists.

Monday to Sunday from 7:00a.m. to 6p.m.
Price: Entry included in Tourist Ticket. (It is forbidden to be sold separately) 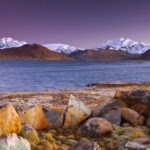 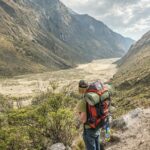 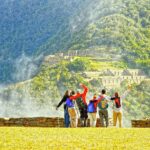 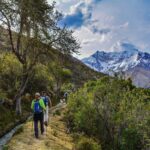 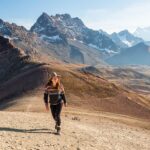 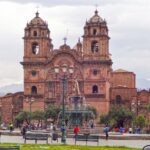