Huayna Picchu and Machu Picchu Mountain - You can opt to climb either of these mountains as an extra to your entrance ticket. From both, you get an incredible view of the archaeological site.
Get Started with an Expert

Experience the sunrise behind this New Seven Wonder.

Machu Picchu is one of the New Seven Wonders of the World, and it’s no surprise why. It’s a fascinating and incredible ancient site built upon a hillside in the Andes. There aren’t many other places on this planet that can conjure up the feelings you’ll experience when you step inside and witness its sights for the first time.

After the fall of the Incan Empire, the site was all but forgotten until it was rediscovered around 400 years later. There is still a lot regarding the amazing site that remains a mystery and a lot of secrets yet to be uncovered. But there’s no doubt that it will amaze any visitor with its sheer size and structure placed where it is.

There are a variety of tours available to visit Machu Picchu. You can go directly on a one or two-day trip, or you can choose to enjoy it at the end of one of the many treks available. 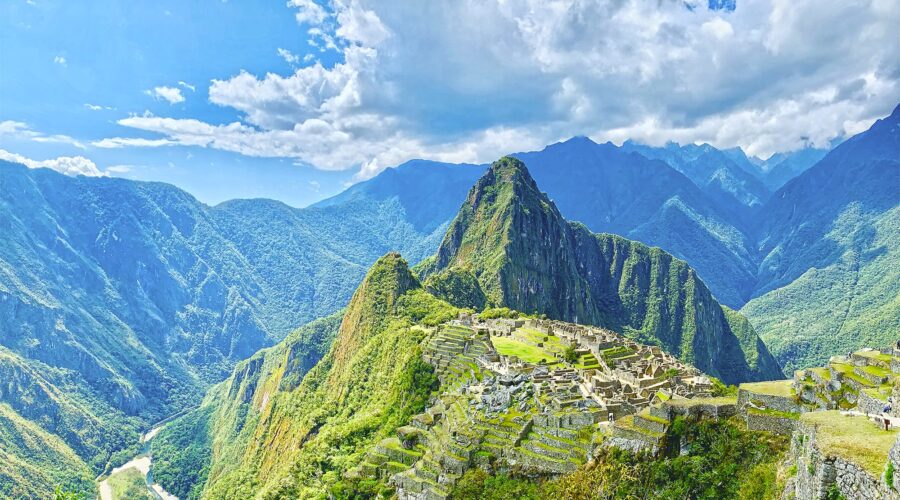 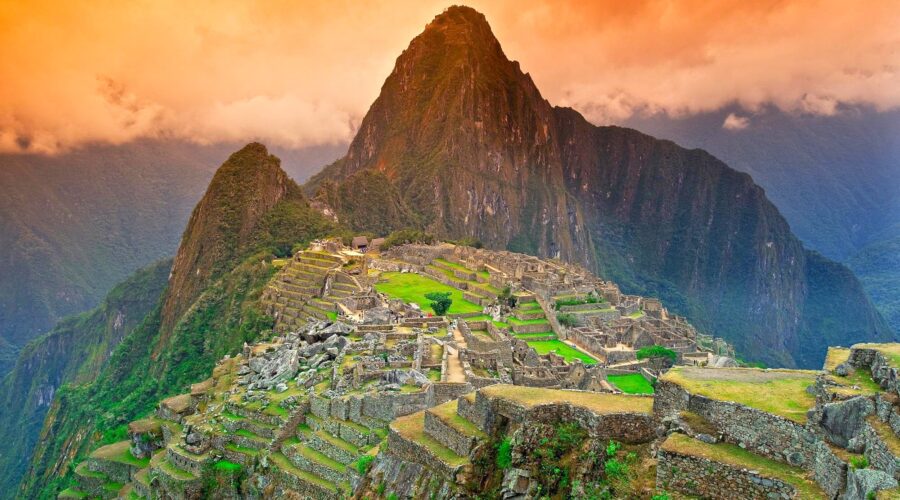 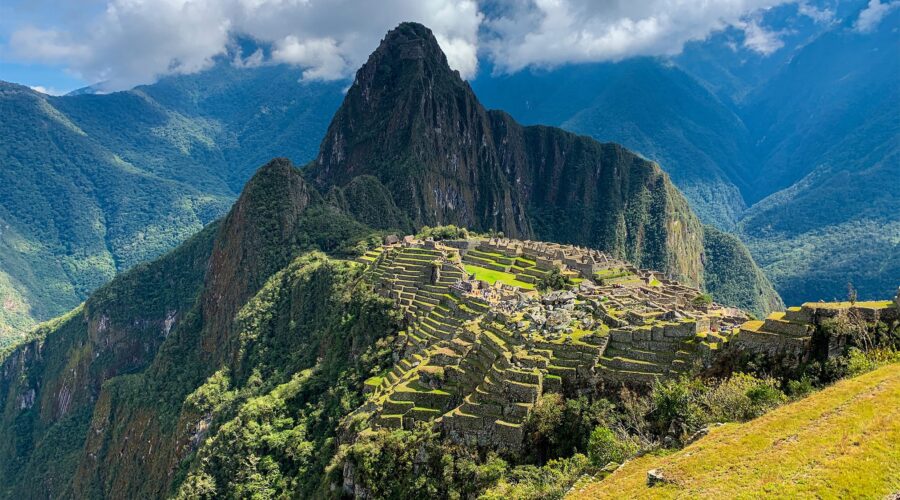 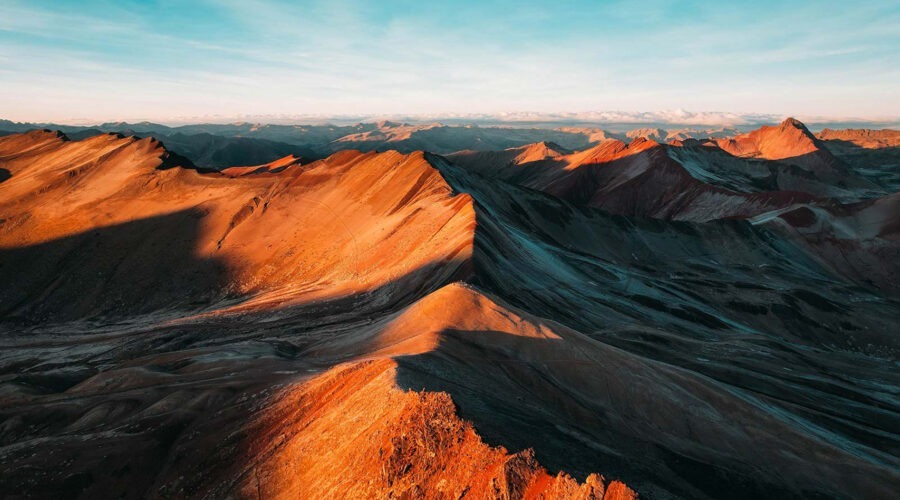 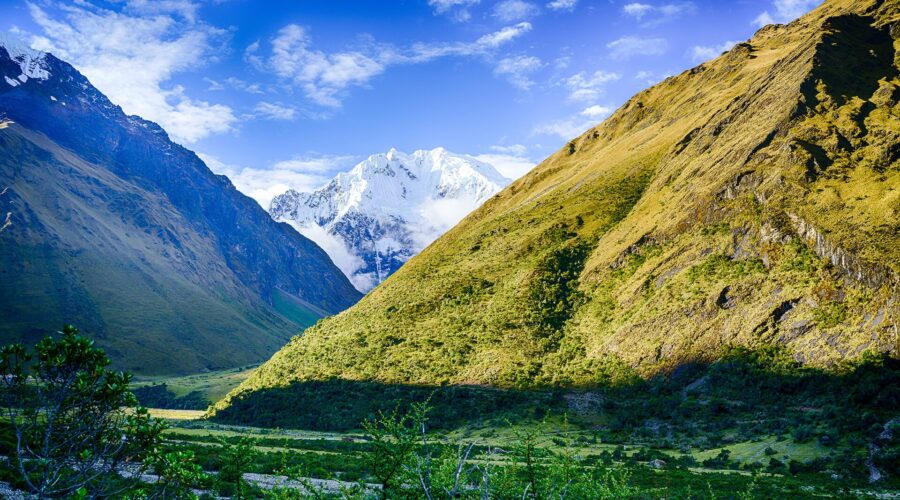 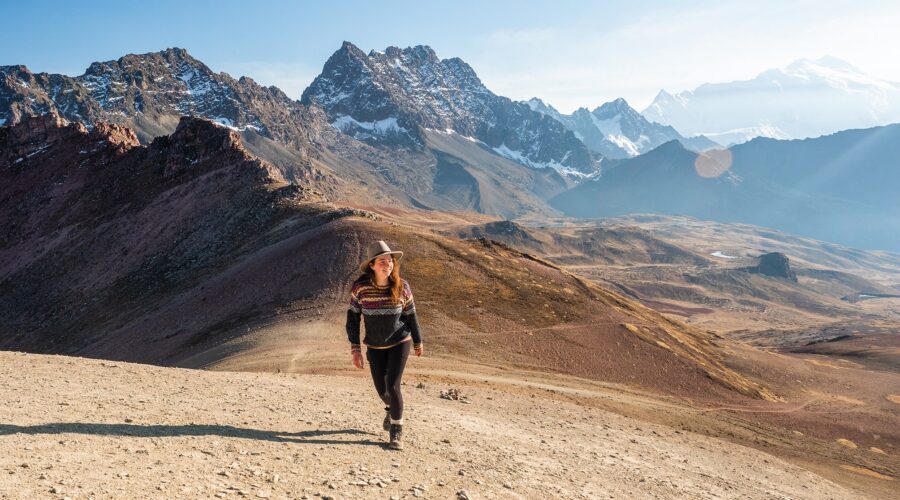 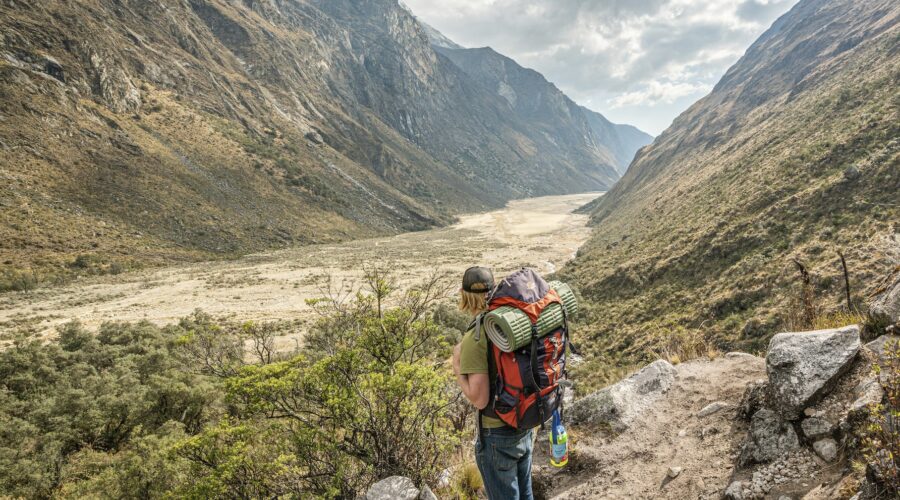 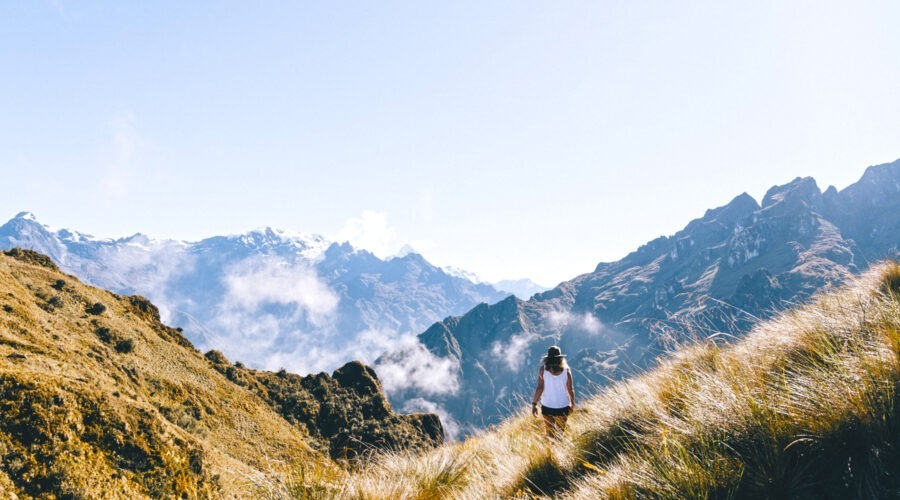 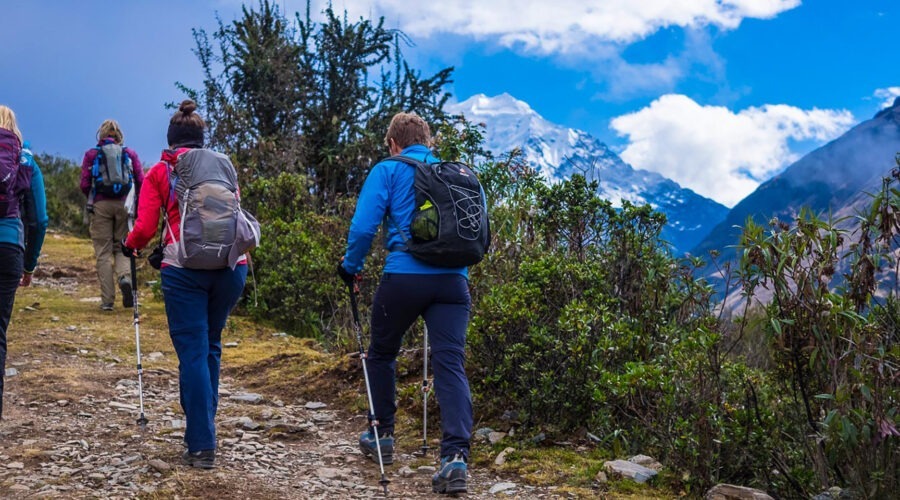 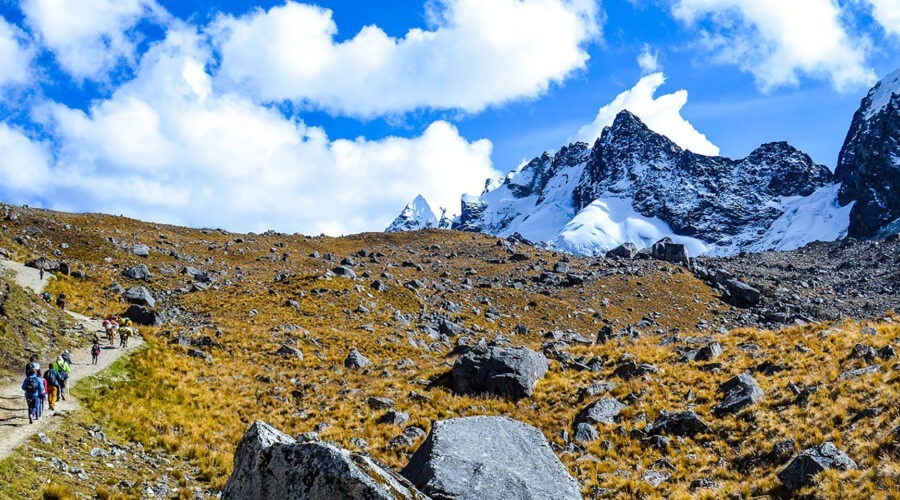 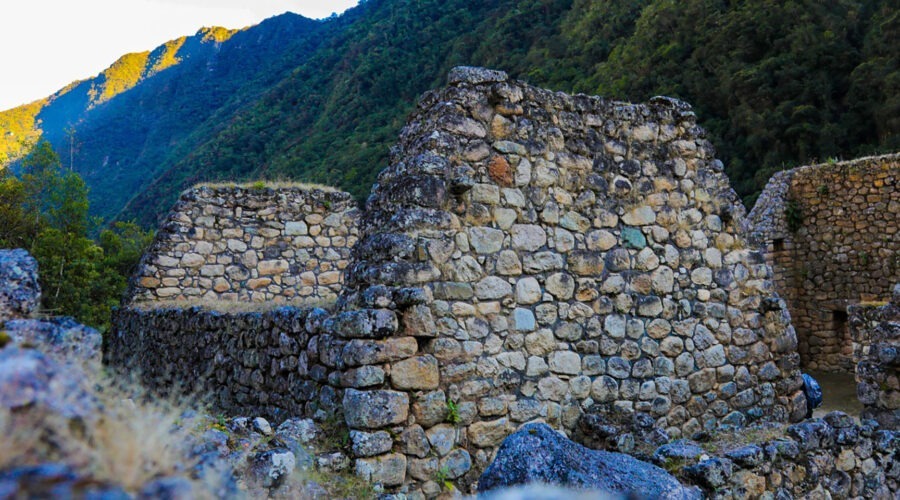 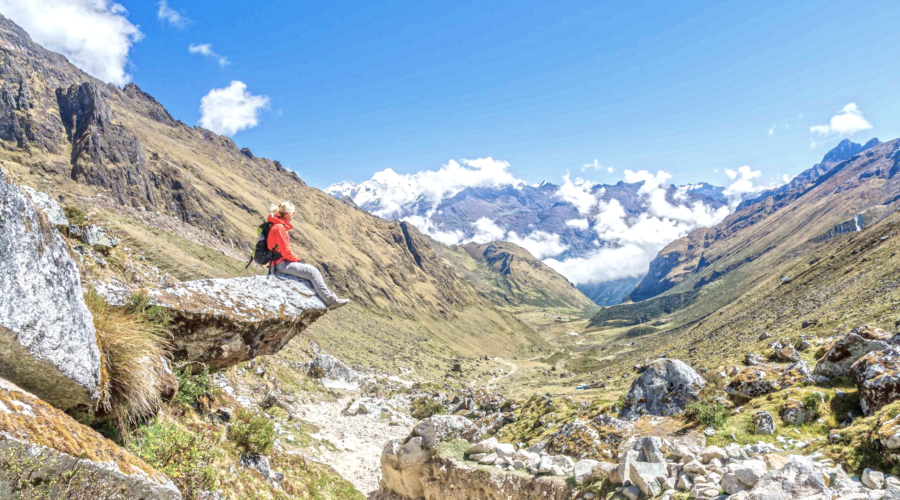 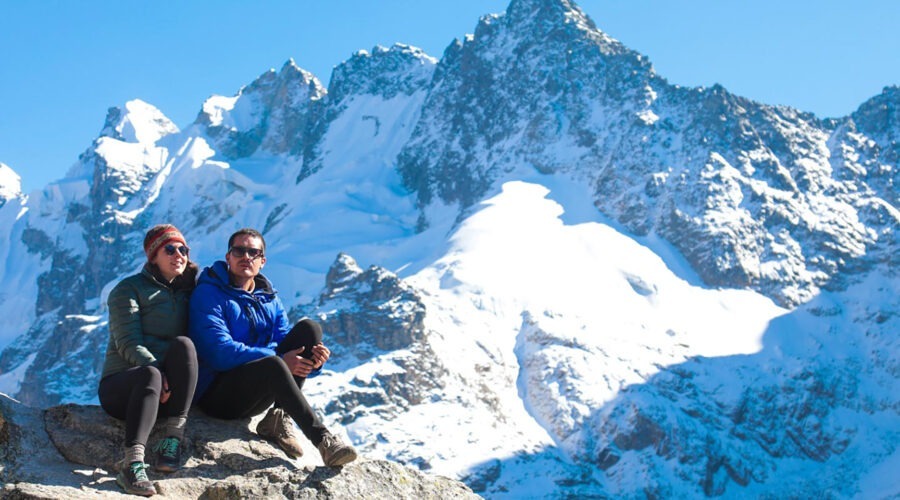 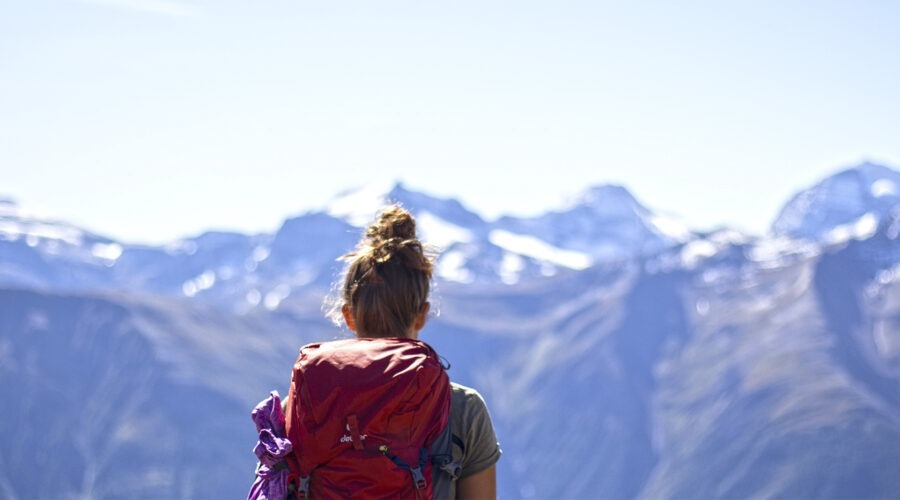 When visiting this ancient citadel, you can expect to enjoy the following:

How to Get Acclimated

It’s no secret that Machu Picchu is at a relatively high altitude, and you need to visit Cusco beforehand, which sits at over 3,000 masl. For this reason, it’s very important to take precautions regarding the altitude. We strongly advise spending 2 to 3 days in the city before engaging in any strenuous activity to adjust.

You may find that your doctor back home is able to prescribe some altitude medicine, but if not, you can buy pills in the pharmacies in Cusco upon arrival in case you feel ill. These also sell small cans of oxygen, which can help with feeling light-headed or nauseous.

If you prefer a more natural way to deal with the altitude, you can opt for a coca or muna tea. Both of these have been drunk since Incan times and are a great help for headaches or feeling unwell. You will also find candies in both flavours to take with you on trips.

Where is Machu Picchu?

Machu Picchu is a little isolated in a remote area of Peru and can only be accessed by taking the train or trekking there. It is located in the Cusco Region, in the Urubamba Province, within the Machu Picchu District. This is above the Sacred Valley of the Incas and about 80 kilometres to the North West of Cusco.

As with any trip, the further ahead you plan, the better. This is especially true if you wish to do the Inca Trail or climb the Huayna Picchu Mountain inside Machu Picchu. Both of these sell out months in advance, particularly for the high season between April and October.

You are able to organize a trip to Machu Picchu by yourself, but most prefer to go through a travel company to make sure that everything goes smoothly.

If you won’t have much time in Cusco, you can decide to go on a one or two day trip, which will take you to Aguas Calientes where you’ll visit Machu Picchu and then return to Cusco.

If you have more time, we highly recommend one of the treks available. You will experience walking through the incredible landscapes of the Andes as well as mee some new friends and have fun along the way.

Make sure you have everything organized well in advance, including your flight tickets and an up to date passport. The more organized you are, the more likely everything will go as planned and you’ll be able to enjoy your trip.

Things to Know Before Traveling to Machu Picchu

Before heading to this World Wonder, there are a few things you should know.

When to Visit Machu Picchu

The best time to visit Machu Picchu is from May to October, which is the dry season. You will, however, experience a lot more visitors during this time, so it’s up to you. May to August are especially busy, but the weather tends to be nice and sunny.

From November to March it’s the rainy season, and you will find it rains most days at Machu Picchu. It can also make the floor slippery, which can be a little dangerous if you wish to hike Huayna Picchu. The Inca Trail is also closed in February for these reasons.

Things Not to Miss in Machu Picchu

Here are a few of the must-see sites while inside the citadel of Machu Picchu.

When you first go into Machu Picchu you’ll see the Watchman’s Hut, from where you can get a great view over the whole site.

Close to the Watchman’s Hur is a peculiar rock known as the Funerary Stone. No one is sure of what it was used for, but many experts believe it could have been an altar for sacrifices.

Temple of the Sun

This is one of the top sites inside. It’s close to the main fountain and is the best example of fine stonework. Some suggest it was an astronomical observatory.

Next to the Temple of the Sun is the Royal Tomb. It was named this because at the base of the structure is a small ‘cave,’ which is why Hiram Bingham, who rediscovered Machu Picchu, thought it looked like a tomb.

You’ll see various little fountains around Machu Picchu that fill more than 16 baths, which are filled from lots of stone channels with natural spring waters.

This sector is made up of large stones. Some of these weigh more than 3 tons and pose the question of how were these moved by the Incas. It’s one of the three buildings that make up the Sacred Plaza.

This is another of the buildings in the Sacred Plaza and got its name because it’s so large. There’s a stone embedded in the building that is believed to represent the Southern Cross star formation.

House of the High Priest

This is the last of the buildings in the Sacred Plaza and is the only structure to have four walls. It’s one of the few solid structures in the archaeological site.

The House of Ornaments

This is said by many to be the finest structure inside. There are various niches dotted about inside where it’s believed they stored ornaments in the past.

The Intihuatana is one of the most recognizable sites in the citadel and was used as a sundial in the times of the Incas. The rocks form mimics that of Huayna Picchu that you can see behind it.

This is the area of grass that creates a separation between the residential area and the functional zone. You might even see a llama here! Visitors aren’t allowed on the grass.

This large stone is in the form of the mountain Putucusi that sits behind it. Some liken it to the shape of a guinea pig. No one is sure what it was used for, but researchers have suggested that recitals of poetry and music took place here.

It might not be as interesting or detailed as the rest of Machu Picchu, but it is the largest and where the average person would have resided.

This is a complex part of the citadel where prisoners would have been kept. You’ll see areas above and underground as well as deep hols where they would hold prisoners. You can also observe an incredible carving of the great condor here.

You can’t come to Machu Picchu without taking a visit to the many terraces down the side of the ancient fortress. These are a great place to take a break and appreciate the grand view in front of you.

Keep these tips in mind when visiting Machu Picchu.

Things to Do in Aguas Calientes

You can’t go to Machu Picchu without spending some time in the small town of Aguas Calientes. Let’s take a look at some of the things you can do while you’re there.

If you find yourself with a little bit of extra time, there are plenty of places to do a bit of shopping for some souvenirs or gifts for friends and family back home. The local artisan market has the best options on offer.

Enjoy One of the Many Restaurants

It’s no surprise that with the large number of visitors, there are a lot of restaurants in town. You’ll surely have some time to enjoy one of them and sip a pisco sour. One of the best spots is by the river, which you can hear rushing by as you enjoy your food and drink.

This is another nice spot to enjoy a sit-down on a park bench or a coffee in one of the surrounding cafes.

Go to the Hot Springs

You’ll see why the town is called Aguas Calientes (Hot Waters) if you visit the hot springs. It’s a great place to rest after a trek or climbing up to Machu Picchu. There’s also a bar there where you can relax as the sun goes down after enjoying a good soak.

This is a 3 hour round hike away from the small town and is visited by very few people. There are some beautiful waterfalls and a swimming hole here, and you may even get to see the Cock of the Rock, the national bird of Peru.

This is a tiny butterfly refuge where you can see some beautiful species and enjoy a bit of quiet time away from the busy tourist spots.

This museum is small but is very informative. It’s definitely worth a visit to this Machu Picchu museum to learn more about the site, and there are no museums once you enter Machu Picchu itself.